Hi everyone! I’m Nimun, and I’m wrapping up my remote co-op term at Manulife this week. Working as a remote co-op student was a unique but incredibly rewarding experience for me. When you think of some of the traditional aspects of the workplace that might be compromised by working from home, you might think of team support, mentorship and networking, comradery with peers, and getting visibility and recognition for your work. However, during my term at Manulife, these experiences were not only available to co-op students, but were actively encouraged and embedded into our experience. I’m going to use this blog as an opportunity to share my journey and comment on the enrichment opportunities that I pursued at Manulife, which allowed me to develop and grow as a young professional. 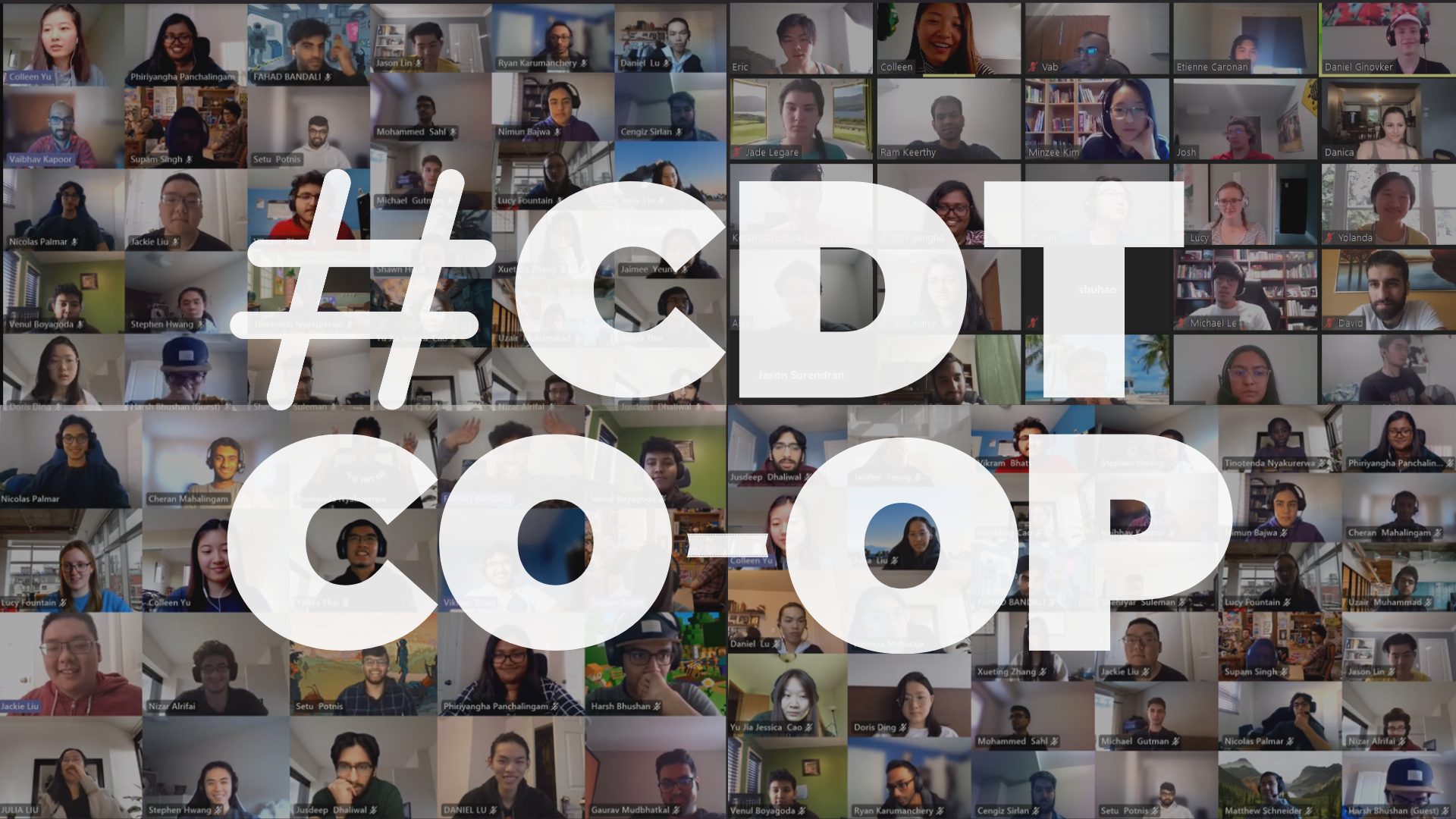 I would first like to discuss the amazing mentorship and networking initiatives Manulife had set up for the co-ops. As a Salesforce developer on the Sales Marketing squad, I was already working with a really cool team, but I was also given the opportunity to expand my professional network by taking part in the Co-op Mentorship program. Taking this opportunity allowed me to speak with Manulife professionals from other teams and backgrounds, which ended up being way more valuable for me than I had initially anticipated. For the first cycle of Co-op Connections, I was connected with Gennifer Berton, who is the Director of Engineering Practices and Transformation at Manulife, and actually leads the co-op program! We had many meaningful discussions about my goals and how I want to explore different areas of technology to have a better idea of what I want to pursue in the future. Gennifer heard me and connected me with Janaki Dhivakar – who introduced me to the world of test automation, Karina Lisset Gonzales Ramos – who helped me explore front-end engineering, and Sanjay Ramachandran – who was kind enough to give me the opportunity to explore a React app he and another co-op, Cheran Mahalingam were building. Suddenly I had gone from someone with marginal knowledge on these industry tools and technologies to someone who was having insightful and eye-opening discussions with industry professionals. For my second co-op connection I was paired with William Nippard, a Senior Full-Stack engineer. William offered me extremely helpful advice on technical interviews for full-stack positions which I plan on taking into the next hiring cycle.

As a co-op student, being mentored by multiple industry professionals was very valuable, and it helped me to identify the areas that I want to pursue in the tech industry in the future. The experience also allowed me to expand my network and connect with people outside my team and department, something which is normally difficult to do in a remote working situation. It had some semblance to an in-person workplace where you converse with many people from various different departments in the elevator on the way to your floor or in the break room. The mentorship opportunities I pursued relate to one core aspect of Manulife’s culture, which is its growth mindset. There is an understanding that their co-ops are in the early stages of their career, and there is a conscious effort to help them develop and hone the skills that they are interested in and find valuable.

The main focus of my co-op was developing an idea sharing web application using Salesforce, alongside my teammate Doris Ding. Something which was surprising but really empowering for me was the level of visibility that my project and work got at Manulife. For example, after expressing interest in the monthly CDT Demo Days and having the higher-ups agree, Doris and I were given the opportunity to present the product we helped develop to the entire Canadian Tech Division at Manulife. That included senior leadership and other seasoned developers. A co-op being given the space and encouragement to present their work to the entire tech division is indicative of the value, trust, and confidence that Manulife places in their interns. It was motivating as developers because it helped us realize that our work is important and is considered valuable by full-time employees. Also, the recognition we received for our work by presenting in front of 300+ people was quite unprecedented for two co-ops who work out of their bedrooms. 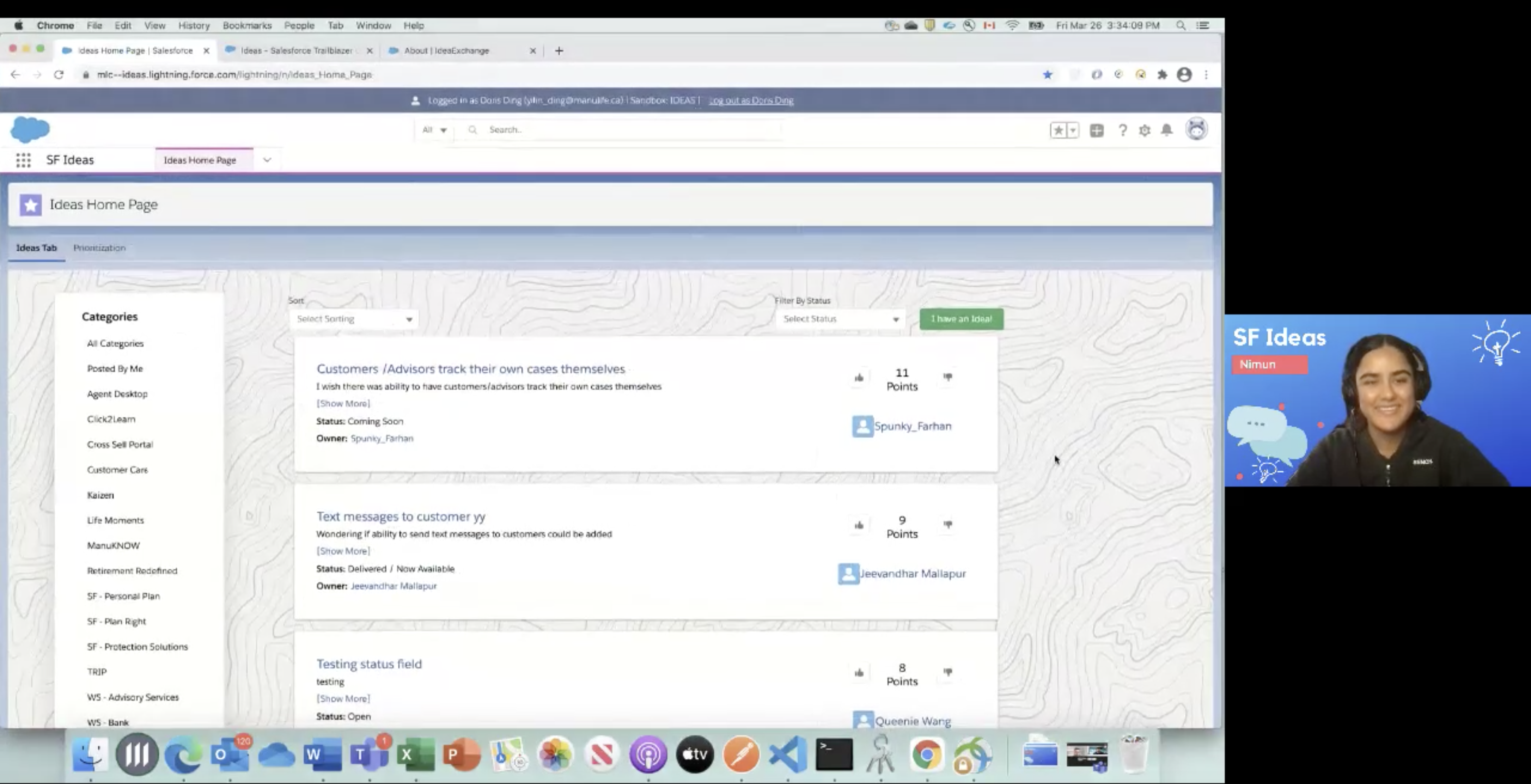 There were also many opportunities to connect with my peers and establish that sense of comradery, even with the remote nature of this term. Events like Meme Mondays, Talk Tuesdays, Wholesome Wednesdays, Tasty Thursdays, and Fam Fridays were available for co-ops to connect with one another and create an online community, which allowed me to not feel as isolated while working in the pandemic. 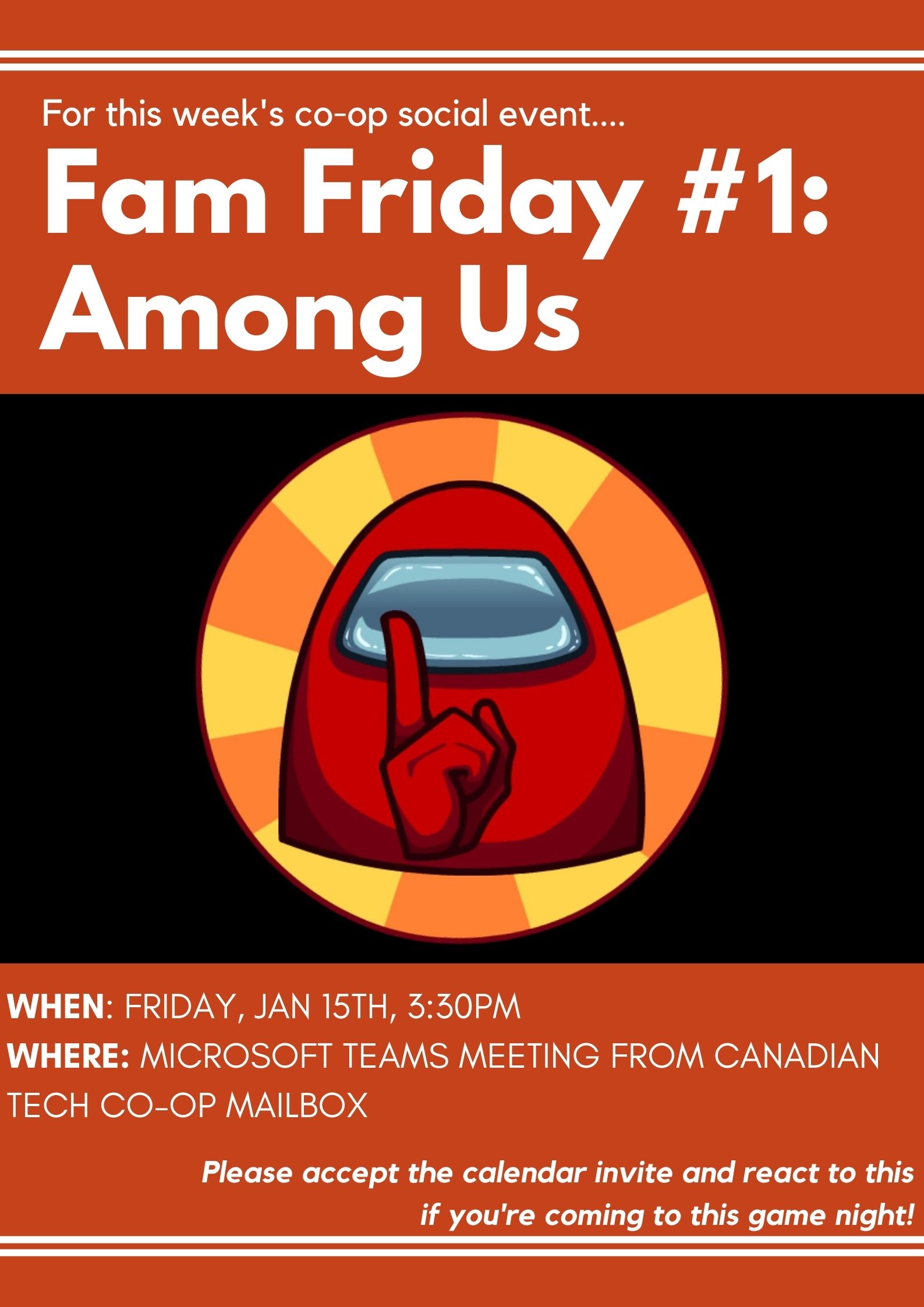 This was taken a step further with team events like the Co-op Hackathon, where we were divided into groups and asked to solve various problem statements. Our topic involved finding a way to used Manulife’s ID Verification Product to encourage customer confidence and future digital interactions with Manulife. Our group ended up creating a React application which helps offer personalized recommendations to users for Manulife services after their ID and age have been verified. The project allowed us to get a feel for React, which we were all relatively beginners with. We then presented our solution with the rest of our peers to other full-timers, developers, and senior leaders. This ties back to visibility and the team atmosphere that Manulife tries to provide for its co-ops. We felt accomplished and proud of each other and grew a lot from the experience. 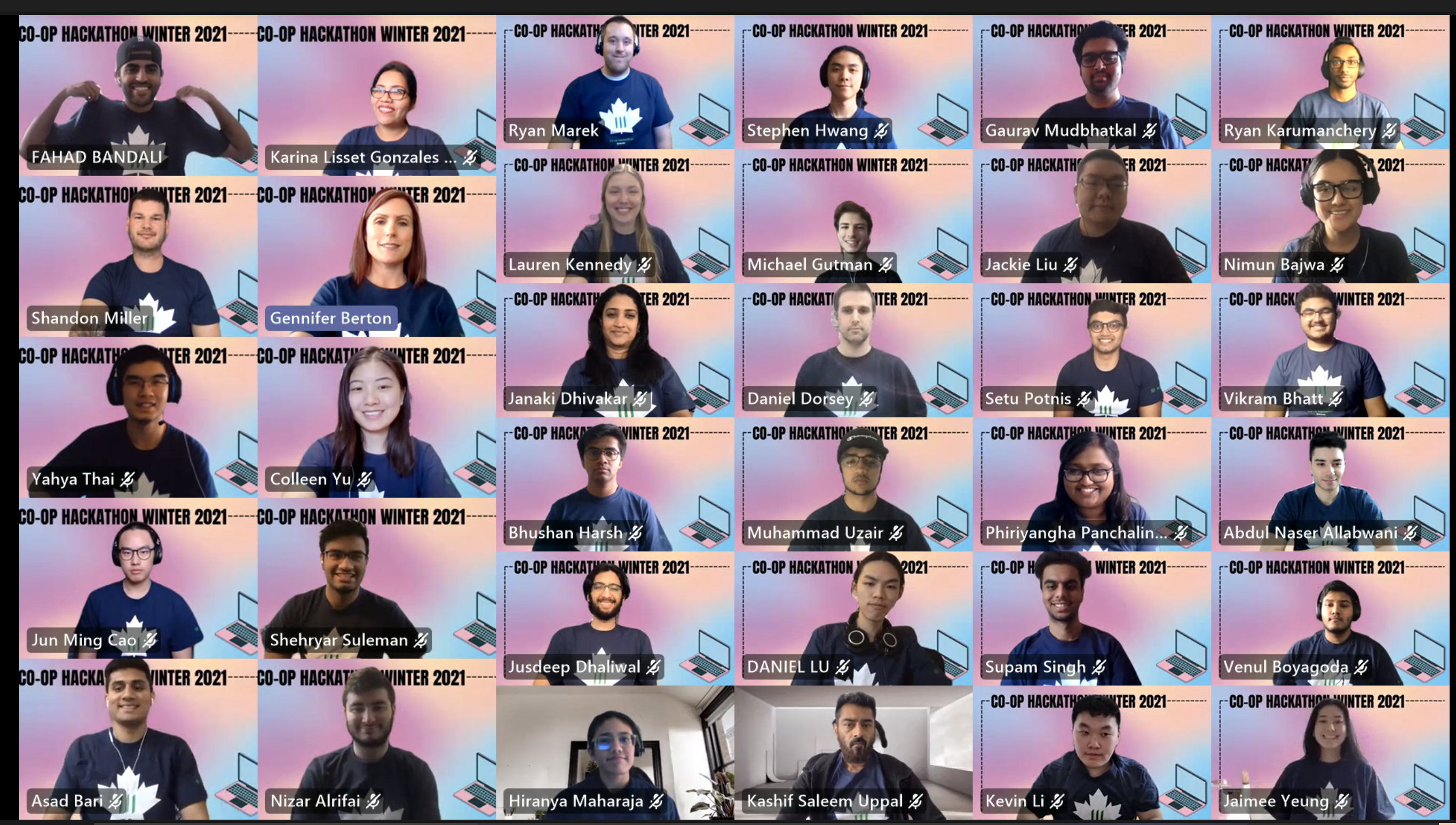 Overall, my co-op term was incredibly fulfilling because I had the room and encouragement to seek out and participate in opportunities that I found value in. Co-ops are encouraged to learn and grow, to be bold and innovative. Manulife truly believes in investing in and honing their co-op talent and providing an ecosystem that allows you to be your best. I really appreciate being able to carve my own path and make meaningful connections, complete and present high-value projects, and explore areas of tech that interest me. This was an amazing term, and I will definitely be taking the lessons and experiences I’ve gained into my future work co-ops.

Live the amazing experiences with people who demonstrate our values, care deeply about growth, and empathize with those we’re building the product for.